Giving Back to the Community 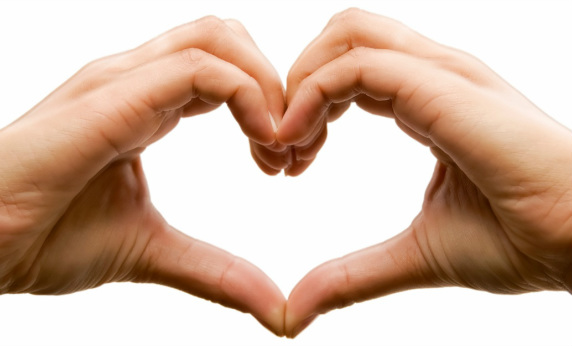 Computers for Change donates computers to local organizations in need through its Computer Grant program. If your organization is interested in helping or you know of an organization that could benefit, please let us know! 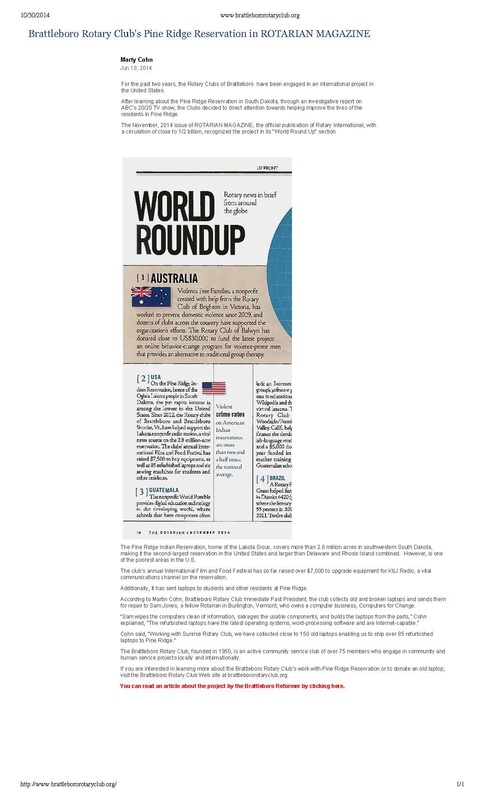 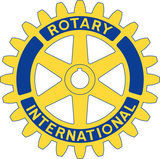 The presentation of Paul Harris Fellow recognition is The Rotary Foundation's way of expressing its appreciation for a substantial contribution to its humanitarian and educational programs.

It is named for our founder, Paul Harris, a Chicago lawyer who started Rotary International with three business associates in 1905.

Rotarians often designate a Paul Harris Fellow as a tribute to a person whose life demonstrates a shared purpose with the objectives of The Rotary Foundation. Today we have the honor and pleasure of recognizing such an individual.

This individual was introduced to Rotary in the 1980’s.  Little did he know how his relationship with Rotary would develop. What started as a spark and turned into a passion.  He understands what living in the back woods is all about.  He has even helped out in the world of government.  There were even stints in the world of banking and finance.
Someone who has known this individual for a while told me that he is a loyal and good friend, whose word is golden and who will go out of his way to return a favor. This individual has persevered through many struggles. And, this individual has maintained his family as a priority.

Now for some specifics.  You know how passionate I am about the Pine Ridge Indian Reservation project.  Well, it just so happens this individual has a little bit of Indian blood in his family line.  He was born in 1981.  He was the first student to attend Hilltop Montessori School from pre-school through 8th grade.  His principal reported to me that even in pre-school,  he was a builder. In fact his mother worried about his total focus on whatever was in the classroom that had anything to do with building. All the way through his elementary years at Hilltop what intrigued him was how things worked. He attended BUHS, graduating in the year 2000.  He graduated from UVM in 2004 with a major in economics and minor in math and VT studies, “all in four years.”

It was during his grade school years that Rotarians “dumped” loads of broken electronic equipment on his parent’s porch. His father lugged it all down to his basement work bench.  What he couldn’t fix or figure out, ended up in those big black heavy duty plastic bags that his dad then had to lug back out to the sidewalk.  For what he could fix, he took to BRW Electronics who sold it with a 30-day guarantee. If it didn’t come back, he got his money.
Well, the tradition continues.  Rotarians are lugging their laptops in to be fixed and sent to Pine Ridge Indian Reservation.

Here’s where the real giving comes in:  Sometimes a whole box of laptops just aren’t worth his time and effort.  Rather than embarrassing the Rotarian’s generosity, he takes some out of his inventory to send out to Pine Ridge.  From the time he opened his store, Computers for Change, in Burlington, VT, he has incorporated “giving back” as part of his business plan.
It is with great honor that I ask Sam Jones to step forward.

Everyone should know that a white lie was spun to get Sam to come here.  If he knew the award was for him, I am not sure if he would have attended.  So, he was told that the award was for his father and that it was important for him to attend. And, here he is.
Marcy was extremely proud when I called him to  let him know about this award. As a matter of fact, he yelled so loud that my wife heard him through the phone. In attendance tonight we have not only members of Sam’s family but also his good friend Reggie Pion and his Hilltop Montessori School Principal Tania Williams.  These friends and family wanted to be here to share in Sam’s honor.

Sam was designated to receive this recognition as a special expression of appreciation from The Rotary Club of Brattleboro for his generous support of the drive to provide laptops for children at Pine Ridge Reservation.

A world of peace and good will come closer to reality today as Sam becomes a Paul Harris Fellow.

It is because of gifts like the one made in Sam's honor that The Rotary Foundation is able to carry out an array of programs that achieve beneficial changes in our world:
A contribution to The Rotary Foundation is an investment in the ideal of good will, peace and understanding. That is an ideal held high by Rotarians the world over, and one that Sam clearly shares. As Rotary works with such individuals of good will, we believe the ideal will become a reality.

Marcy will you please step forward.

It gives me great pleasure, Sam, to present these two emblems of appreciation given to each Paul Harris Fellow: first, your certificate, second, the Paul Harris pin, which I will ask your father to pin on you and which we hope you will display proudly.

On behalf of the Rotary Club of Brattleboro, I heartily congratulate you and thank you for your commitment to Rotary Foundation programs.